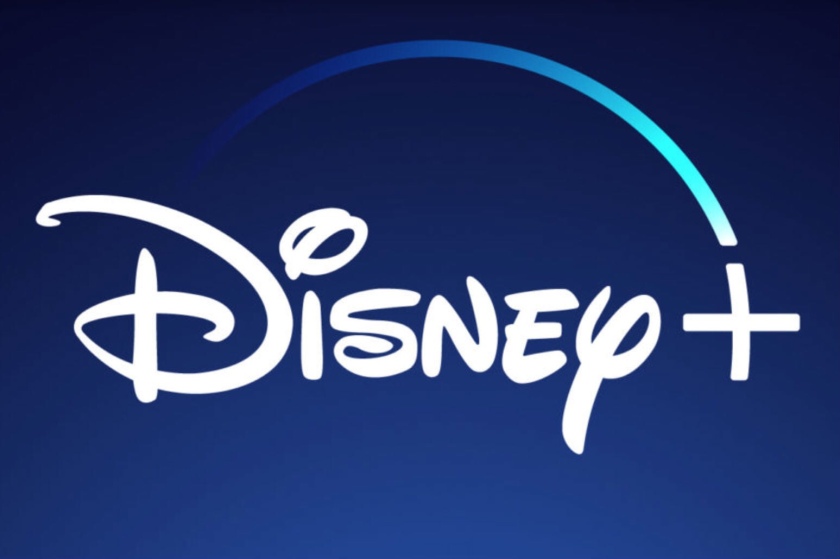 You guys out there know I love Disney. I love the parks, the cartoons, the movies, and the characters. Like many, I grew up on these, and even as an adult, I love indulging in these escapist fantasies. And there are just so many of them! 57 animated features from the main animation branch alone! And if – if – a service were to be provided where I can access so many titles, some I still might not have even seen yet, I ought to be first in line to tell “shut up and take my money!”, right?

Well, guess what? I most certainly am not.

There are plenty of people who hate the idea on principle. The idea is pervasive that Disney is nothing but greedy, money-grubbing dirtbags out to get our last pennies. It’s understandable, given some of Disney’s history in the past two decades or so. While I don’t carry that viewpoint, I certainly get it. They are a capitalist business whose desire is to make more money. We all understand that. But every once in a while, we get an ugly look at just how far companies like Disney are willing to go for that extra buck.

It didn’t use to be this way. If the official biographies of Walt Disney are to be believed, Walt was certainly a capitalist, but not necessarily looking to build an empire of wealth and prestige. He spent most of his career in debt, mortgaging out his house, selling his car, but never stooped to ripping off clients or patrons. Walt convinced his staff that quality was the be-all, end-all. Of course, that’s not the case anymore. By the time Michael Eisner and his associates came on board, the company was in a tailspin, having spent nearly twenty years just trying to survive. But clearly these guys were business-savvy, since in the first ten years of being in charge, they turned a company that was going bankrupt and getting systematically greenmailed, into one of the biggest brand names in the world. This was accomplished through a variety of means, but I argue one of the biggest was the VHS re-release of Pinocchio in 1985. 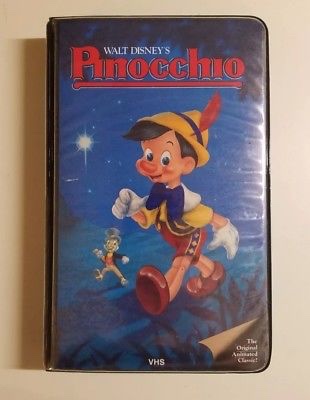 Up until that time, Disney films were released every seven years or so in theaters. But with this new confounded VHS technology, people could buy these movies and own them to watch any time, from within the comfort of their own home. Pinocchio, then considered a low-rent title, was selected as a trial balloon. But there was something highly attractive about this new venture: aside from the packaging materials, distribution, and marketing costs, there was almost zero cost in doing this. And it made serious bank in return. Right away, Eisner and company realized the power of nostalgia and what potential money was to be made solely on a pre-existing property.

Sure, even back in Walt’s day, using older characters to upsell a current product was not uncommon. This was largely intended to incorporate brand trust, much in the same way when you see a movie poster that says “From the creators of…”. But there’s one huge difference. Dropping Pinocchio then as part of a decorative ensemble establishes legacy and brand name recognition. But by the eighties, adults as young as forty had a childhood connection to the movie. Profit was guaranteed. Of course, they had to focus on making good product now, but considering they had the legacy of a sixty-year-old studio they could use to prime audiences, it was easy money.

This has been a powerful weapon in Disney marketing for decades. By exploiting our very real emotions generated from seeing great Disney movies, they’ve figured out we would happily pay through the nose to get a dose of that sweet, sweet serotonin. And in recent years, it’s become even stronger. The millennials who are young parents now want to share their favorite Disney childhood memories vicariously. After all, we grew up going to see The Little Mermaid, Beauty and the Beast, Aladdin, and The Lion King. We watched DuckTales, Darkwing Duck, and Gargoyles. We ingested untold amounts of sugary snacks that had characters on them. We begged our parents to buy us all the cool toys themed to those movies and cartoons. Aah, the nineties, the age of unfettered consumerism! 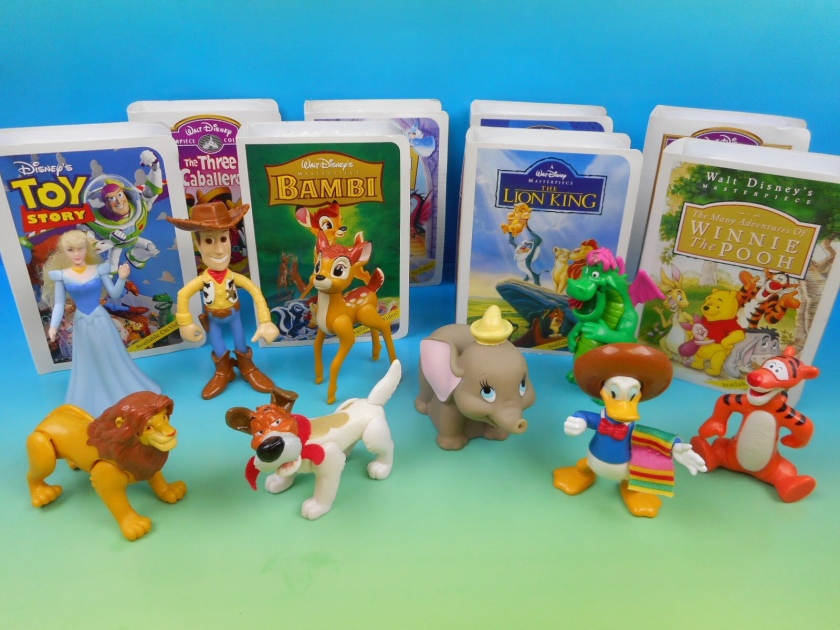 But that was then. That was the nineties. That was the decade of consumption. We were assaulted with toy commercials on Game Boys, Gak, Giga Pets, Pokémon cards, Tickle Me Elmos, and K’nex. We were being manipulated into thinking we needed these toys to be cool and popular. That was a time when our parents might have been able to afford it. Now? Forget it. The cost of living has skyrocketed while wages have stagnated. We came of age during the 2008 recession. We millennials want to have a quality of life similar to what the nineties were, but instead we’re hopelessly broke. So we cut corners where we can (Enter the headlines that cry out the deaths of the napkin, diamond, and family dining industries) and partake in what little joys we can afford (Coffee, YouTube, and mobile games). And look at that! There’s a service that allows me to watch a buttload of movies at a relatively small cost that doesn’t take up physical space! Hello, Netflix! 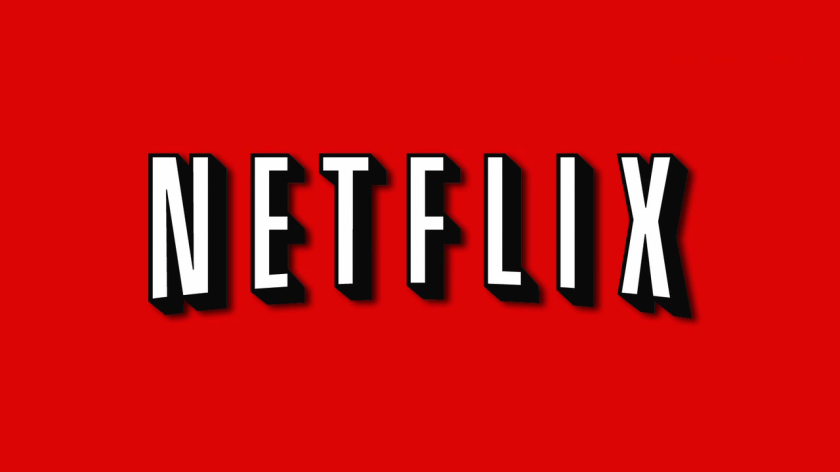 Maybe if Disney jumped on the streaming service bandwagon back when Netflix first got started, I might be more optimistic, but they’re so very, very late to the game. And the territorial nature of studios means if I want to watch Supernatural, The Orville, or The Big Bang Theory, I have to sign on to no fewer than three separate streaming services. If I want to watch Adam Ruins Everything or the DuckTales reboot, I have to get the individual apps, enter my cable information, and only then can I watch them. But if I don’t pay for cable, well, too bad. Worse, with physical media going the way of the dodo, if I can’t afford any and/or all of these, I am S.O.L. It’s my fault for having a variety in tastes. I mean, I like my Disney fine, but even I want to watch something that is outside of Mickey’s far-reaching control. 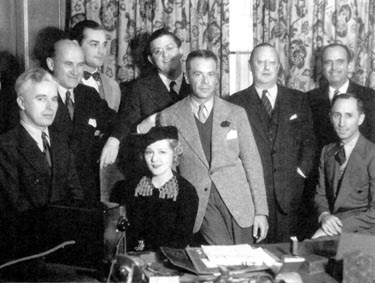 Believe it or not, this actually has historical precedence. The Hollywood Antitrust Case of 1948 was a Supreme Court decision that decided that movie theaters could not be owned by individual studios. Sure, going to a Disney-themed theater would be cool, but what would stop them (Or Paramount or Universal or MGM) from having outlandish prices to see their movies, knowing you can’t go anywhere else to see the latest releases? Pretty frightening, huh? But let’s face it: that’s the reality we’re facing now. Studios tightly controlling what we can and can’t see without the benefit of a free market that grants any possibility of choice. This isn’t like deciding between a two DVD’s and you can afford only one, or even like deciding between annual passes at either Disneyland or Universal Studios. Competitive pricing in an open market means making good quality products I would want to buy. Also, the onus would be on Disney to provide enough good films to incentivize me wanting to prefer their movies over that of another studio’s. But if they were to provide an all-Disney service, they could stock up on G-Force, The Country Bears, Tomorrowland, Air Buddies, The Haunted Mansion, Mission to Mars, The Hunchback of Notre Dame II, and The Nutcracker and the Four Realms, with a few must-have titles like Moana, Hercules, or Hocus Pocus to get people just interested enough to invest.

But can they? Ideally, if one can’t afford it, one ought not to buy it. But Disney doesn’t care as long as they get our money. It isn’t their responsibility to watch our budget for us. But that’s the problem. We millennials just don’t really have the expendable income. Even if they tempt us with really good titles, if we can’t afford it, they can’t make a profit. Or worse still, we drive ourselves deeper into debt because Disney’s emotional manipulation game is on point.

And speaking of really good titles…that’s probably the one thing that angers me most about this: Disney yanking all their titles off Netflix. And it’s not just their animated and live action features, the Marvel and Star Wars movies are getting jettisoned, too. Soon, I’ll have my favorite streaming service completely devoid of any Mouse House selections. It becomes clear Disney wants to provide every incentive possible to get us to sign up. And while I still think it’s a bad idea in general, I can only provide a few suggestions to make it worthwhile for both the studio and the consumer.

1. I think having a Disney-only playlist extension off of Netflix’s current offerings is the most beneficial, maybe at an upgrade of a dollar or two, tops. The minimal upcharge would likely balance out with the overwhelming amount of us who’d actually agree and sign up.

2. There had better be a lot of variety. Not just a smattering of box office hits, but a lot of them, as well as a ton of lesser-known films.

3. The cartoon shorts ought to be provided as well. Not just Mickey Mouse and Donald Duck shorts, but the Oswald and Alice shorts, too.

4. The TV shows. Many of the Disney afternoon shows like Chip n’ Dale Rescue Rangers, Darkwing Duck, and Gargoyles never got their series finished released on physical media (They did that 15 years ago, at a time when my generation was not yet nostalgic, and poor DVD sales caused production to cease). Some, like Bonkers, Aladdin: the Series, and Recess never got DVD releases at all. Put these and other hit shows like Gravity Falls, Marsupilami, the DuckTales reboot, and Pepper Ann, and you’ve got yourself a sold fan base.

5. TV specials. And I mean the vintage ones. The opening-day ceremonial events for the theme parks. The behind-the-scenes documentaries. All those uncategorical entries that are only found as low-resolution uploads on YouTube.

6. Two movies have to be there to guarantee people signing up: 1946’s Song of the South, and 1977’s pre-edited, original, theatrical release of Star Wars: A New Hope. Need I say more?

I don’t know what Disney’s planning. But I fear that this enterprise will either fail spectacularly because we can’t afford it or worse, succeed from people who can’t afford it. Unless meaningful legislation is passed to raise workers’ wages (BWA HA HA HA HA HA HA HA…), we’re left with a system where corporations like Disney can freely gouge us with little to no options to do otherwise. Pure totalitarianism. It may be a small world after all, but as long as they’re in charge, they don’t mind.